With the help of friends and colleagues across the Living Ventures Group and beyond The Tim Bacon Foundation has been established with the declared aim, to support charities for people living with Cancer.

The first appeal to be undertaken by the Foundation was to support The Christie Hospital in their appeal to raise funds for the first Proton Beam Therapy centre in the UK located in Manchester. This first appeal raised a staggering £500, 000 which with matched European research funding was worth £1.5m to the centre.

The charity also supported the Maggie’s Centre at The Christie who provide much needed free practical, emotional and social support to people with cancer and their families and friends and is a key partner for the clinical services of the Christie Hospital.

The second year’s appeal saw continued support for Maggie’s with a 10%  donation from last years fundraising.  We were also proud to present a £99,000 cheque to Kidscan to fund 3 PhD Students for 3 years supporting their research into children’s cancer treatments.

This year we continue our support for Maggie’s Centre and we are also funding a further £100,000 of research by supporting Prevent Breast Cancer for two Tim Bacon Foundation Research Projects in breast density. 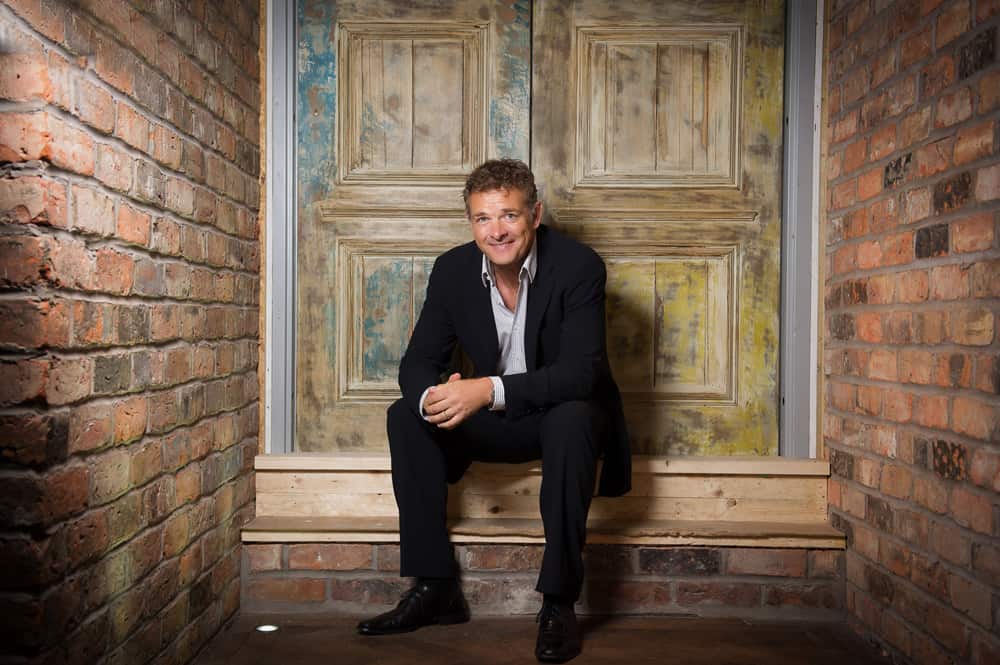 From the moment that Tim received a call from his Doctor in 2000 at Manchester Airport whilst we were waiting for a flight to London, he set the tone for his relationship with this disease. We were on our way to a meeting with our Living Room investors to begin our expansion of that business and he demanded his doctor give him the results of the recent biopsy he had had, right there and then. The lump he had found was Non-Hodgkin Lymphoma. Always respectful, as one should be, of a dangerous enemy in any fight Tim was careful never to give his adversary too much respect such that it might believe that it could beat him. 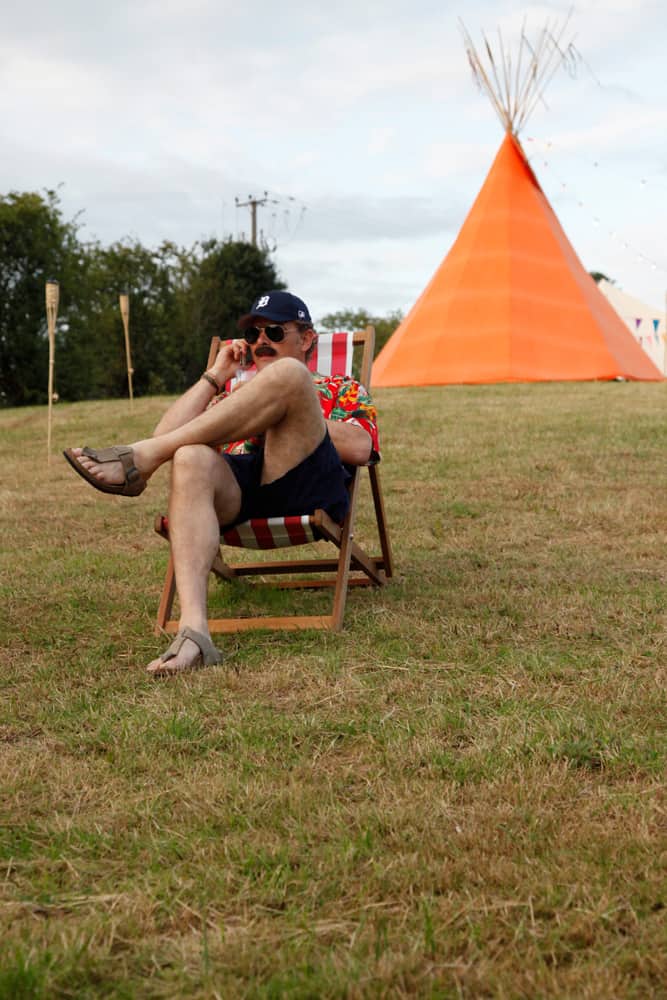 Tim was first diagnosed at the age of 36. The disease was contained successfully, treated by radiotherapy and surgery. He carried on as if nothing had happened. Assured by the many advances in targeted treatment that came over the next 10 years that make this cancer containable if not curable he stayed positive and ignored it. The cancer returned however in 2012 necessitating a course of chemotherapy. Tim continued to work between sessions, timing board meetings to avoid the inevitable side effects. Apologising to me for his occasional excessive rants which were fuelled by the steroids that come with such treatment. Another battle won in the war that was raging more Profoundly than he realised within him. In late 2013 another lump appeared under his right arm. Fearing that the Lymphoma had returned and following tests in January 2014 Tim was instead diagnosed with stage-three-plus melanoma. The enemy had got serious. His initial prognosis was a life expectancy of around 6 months. Devastating news for anyone but Tim faced it like he faced everything in his life – head on. 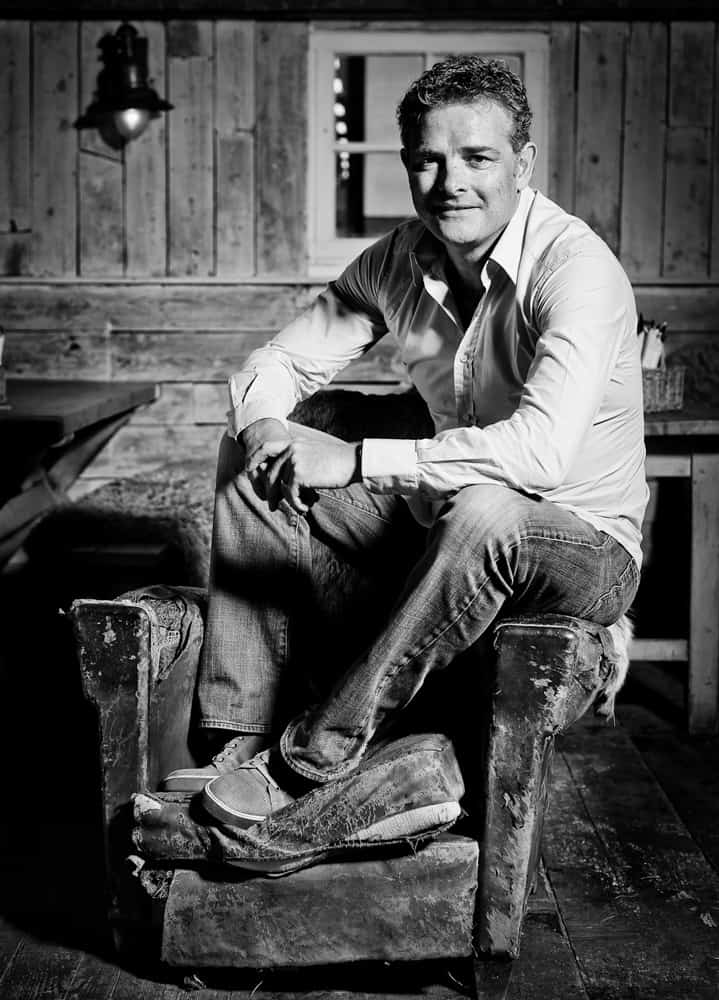 It was back to the incredible Christie Hospital for invasive surgery to remove the lumps. He was back in the office with drips attached within hours of being discharged. Some memorable board meetings ensued with typical humour. For his own sanity Tim typically needed to understand his foe and began researching and learning as much as he could about the disease that threatened his very existence. He learned that whilst almost inevitably terminal he could at least slow down the effect of the cancer with drugs and that this could be assisted by better diet and lifestyle. With typical optimism maybe it might even cure him! 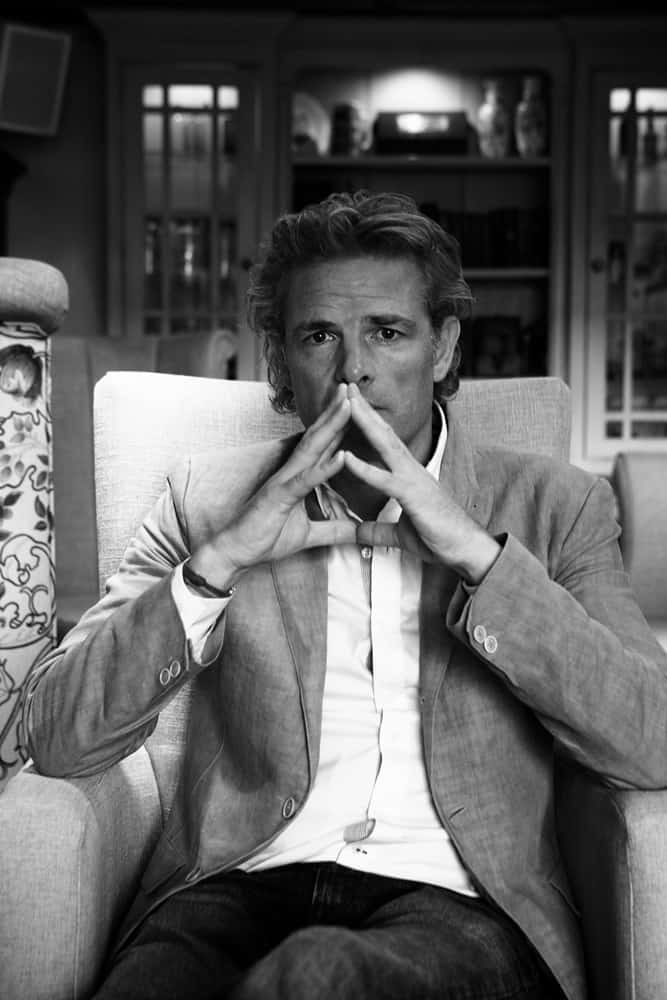 Meanwhile the new class of immunotherapy drugs were gaining huge strides in America and whilst he had no desire to globe trot in search of a cure he knew that his longevity depended on being as healthy as possible and to hope that the research would get there and that the drugs would be licenced in the UK in time for him. In June 2014 Tim began to work with a private chef, the irrepressible Victoria, to give his mind and body the best possible chance at beating his cancer. He embarked upon The Gerson diet which involved 8 juices a day all made from organic vegetables and fruit, each juice was different. Victoria popped up in board rooms and meetings around the north west as the strict regime was followed slavishly. It seemed to be working. 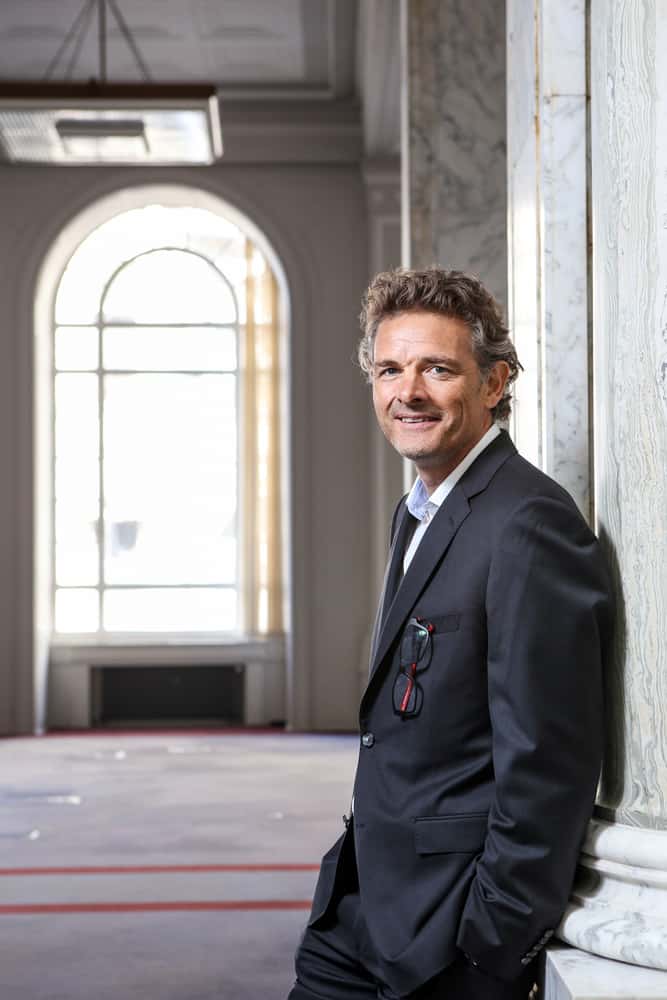 By Christmas 2014 already 6 months ahead of his initial estimated life expectancy Tim found out he would be allowed to take part in a new drug trial involving the class of drugs know as Ipilimumab which involved immunotherapy. The first round disappointingly had no effect. Undeterred Tim continued to meditate daily to keep his mind healthy, to follow his almost vegan diet, eating huge quantities of vegetables and the odd sea slug!! To keep his body healthy. 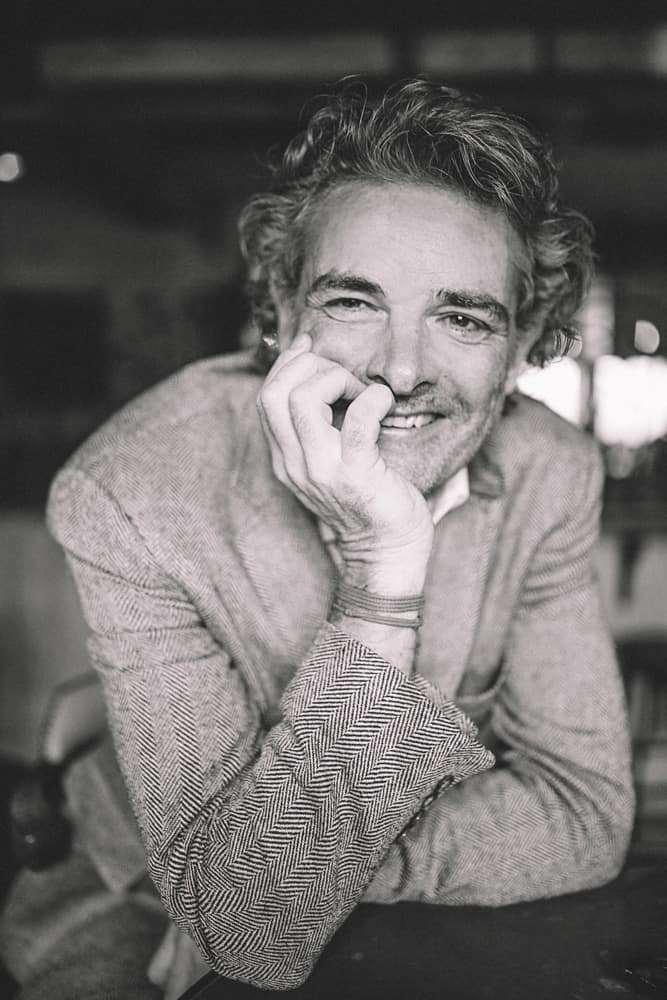 We would often take lunch together across his desk, whilst we worked and prepared the business for the future. That was Tim, always looking forward always positive, even whilst the enemy inside him continued to plot his downfall. In the late summer of 2015 a new combination of the Ipilimumab drug which had been licenced in the US some months before, was unexpectedly fast tracked through the UK system and at the beginning of September 2015 Tim started his treatment. He was optimistic, calculating his improving odds, on a daily basis as he felt strong. The drugs, however, had some harsh side affects resulting in the loss of 60% of his lung capacity. But throughout all of this he continued to work and live his life to the full with his children, family, colleagues and friends. The treatment appeared to be working at a base level, the cancer seemed to be in recession, at least enough to build upon, but his strength and general wellness had taken a hammering. There was little empirical evidence of what to expect, the drugs were just too new. We where in unknown territory. 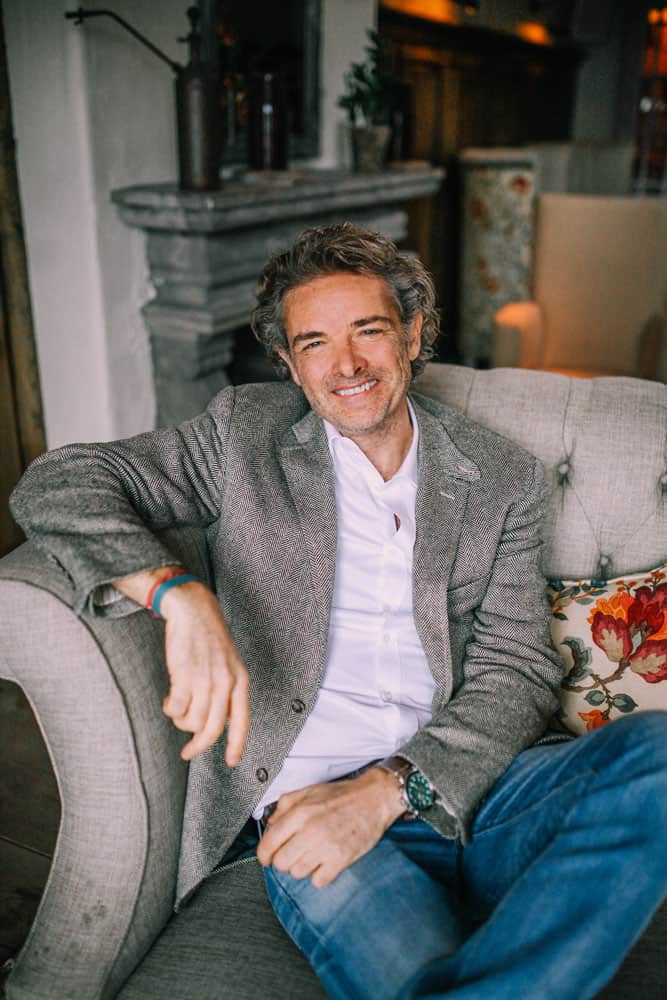 The week before he died, two and a half years after his diagnosis, he confided in me that “we were not out of the woods yet”, and that he feared long hospitalisation if he could get well enough to be allowed to undergo the treatment. I could tell he did not like that prognosis. It did not sit well with him. For the first time I felt that the cancer, the enemy, was threatening to win the war. 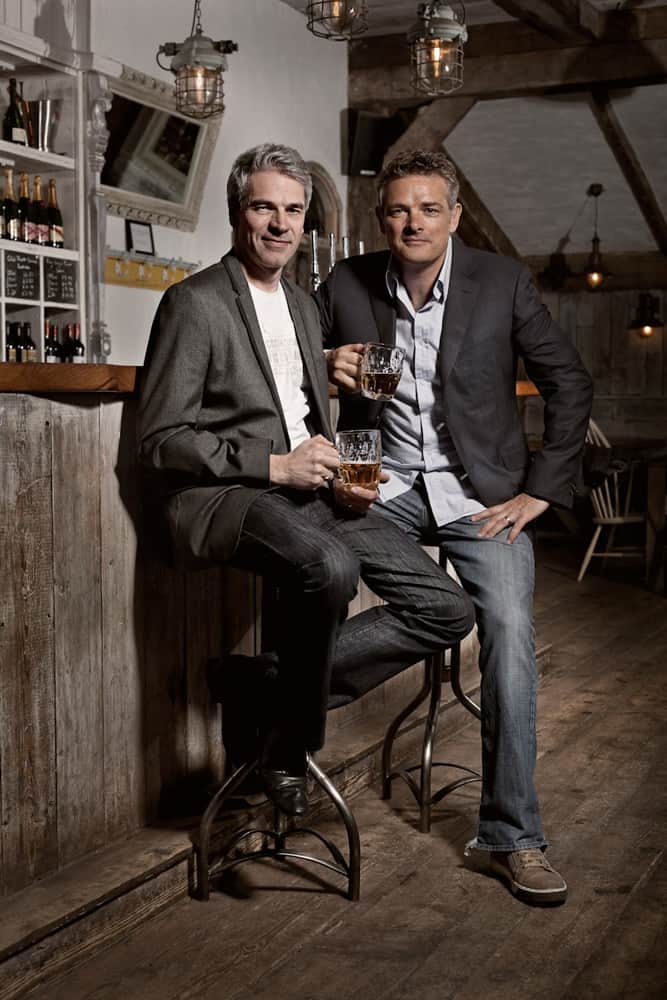 On the morning of April 30th 2016, a few days later, he simply ran out of time. The cancer had reached his brain and he died peacefully of an embolism. Every fight is unique and tells its own story. This was Tim’s. Having witnessed it close at hand it was like much of what Tim did in life, courageous and inspirational. I take that courage and inspiration with me every day. Thank you my friend. Jeremy Roberts